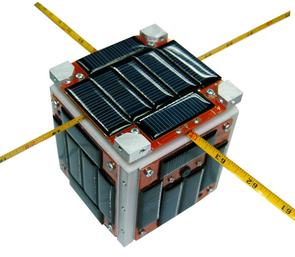 The CubeSat reference design was proposed in 1999 by professors Jordi Puig-Suari of California Polytechnic State University and Bob Twiggs of Stanford University. The goal was to enable graduate students to be able to design, build, test and operate in space aspacecraft with capabilities similar to that of the first spacecraft, Sputnik. The CubeSat as initially proposed did not set out to become a standard; rather, it became a standard over time by a process of emergence. The first CubeSats were launched in June 2003 and approximately 75 CubeSats have been placed into orbit as of August 2012. Many of these CubeSats range from schools such as: Stanford, Cal Poly Slo, Brown University, MIT, University of Michigan. (courtesy of Wikipedia)

A CubeSat is a nano-satellite (miniature satellite) that is 10cm x 10cm x 10cm and weighs approximately 1kg. What makes CubeSats special is they enable universities and high schools the ability to launch satellites into orbit at a cost that is affordable. The mission ideas range from taking mid-resolution images of the earth to studying the effects of the sun's energy within the premises of the outer-atmospheric area.

​Founded in 2014 at Arnold O. Beckman High School, Tustin, CA, Beckman CubeSat was the brainchild of two brothers interested in applications of their STEM education. Their vision was to provide fellow students with opportunities to learn about miniature satellites and gain hands-on experience in electrical, computer, mechanical and other engineering disciplines. One key mission was to become the third high school in the world to successfully launch a CubeSat into orbit. The founding team graduated from Beckman High School in June 2016. They remain confident their founding vision will become reality some day -- that CubeSats will become powerful learning platforms for STEM education everywhere. CubeSat activities at Beckman High School are now part of a much larger multi-school collaborative endeavor in Irvine called the Irvine CubeSat STEM Program headed up by Dr. Brent Freeze and Mr. Kain Sosa. ​ 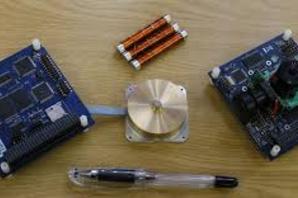